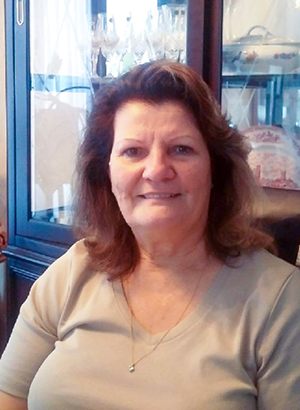 Mississauga, Ont. – July 14, 2017 – For more than 22 years, Jacqueline has worked in a food manufacturing facility on several production lines in Southwestern Ontario. The workplace is noisy and employees must wear hearing protection. Jacqueline first noticed a change in her hearing a few years ago. Initially, she put it down to the noisy work environment and thought it would fix itself once away from the noise for a while. But it didn’t get better. In fact, gradually it got worse and she developed ringing in her ears as well.

Jacqueline had difficulty hearing co-workers out on the shop floor. This led to misunderstandings or co-workers tapping her to get her attention. Things changed in the break room as well. She withdrew from conversation because she wasn’t sure of what was said. Voices were muffled so she would nod her head, smile, and try to read lips. Co-workers encouraged her to get a hearing test.

As the condition worsened she noticed it was affecting her home life too. It was the little things: while driving, she couldn’t hear when the turn signal was on. She couldn’t hear many of the birds in the yard anymore. Family members would walk by her in the house and she wouldn’t hear them.

Her family became frustrated at having to repeat themselves constantly – even her young granddaughter. Often, her family asked her to quiet down as she talked loudly or to turn down the volume on the TV or music because it was really loud.

Jacqueline went for testing and the results indicated she had significant hearing loss in both ears. She filed a WSIB claim for benefits, which WSIB denied initially. Eventually, this was corrected and WSIB allowed her benefits.

Jacqueline is thankful to UFCW 175 Union Rep Matt Davenport and Tracey, the Local’s former JHSC worker co-chair, who provided noise testing data to assist in this matter. Jacqueline now has hearing aids and a special telephone that have restored her quality of life.

“Lots of people have to work in noisy environments,” said Jacqueline. “If the noise can be reduced or eliminated it should be. If you have to use hearing protection, choose protection that is comfortable and effective, and ask for training on how to use it properly.”

“I wore hearing protection and I still had hearing loss,” she explained. “So if you work in a noisy environment, don’t be afraid to get your hearing tested regularly.”

This story has been adapted from the UFCW Canada Locals 175 & 633 Altered Lives Project, which aims to promote participation in the development of healthy, safe, and supportive work environments and relationships. To read the full story, click here.