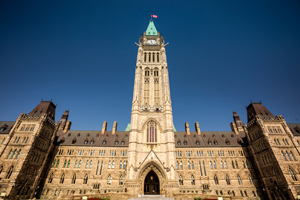 Ottawa – May 16, 2016 – UFCW Canada activists recently travelled to Ottawa to appear before the House of Commons Special Committee on Pay Equity. The presentation came in response to the federal government’s stated commitment to close the unacceptable wage gap between men and women in Canada’s federally regulated sectors, where UFCW Canada represents roughly 10,000 members working in the transportation, banking, fishing, and milling industries.

Debora De Angelis, UFCW Canada’s Regional Director for Ontario, explained to the committee that the current wage gap between men and women not only exacerbates income inequality – it also perpetuates systemic discrimination against women.

“As it stands right now, Canada's gender wage gap persists regardless of whether the gap is measured by average annual earnings, full-time full-year earnings, or hourly wages,” Sister De Angelis told the committee. “And the gap is further intensified by the fact that women make up the majority of workers in precarious, low-paying jobs.”

“UFCW Canada therefore endorses the forward-looking mandate of the Special Committee on Pay Equity to recognize pay equity as a right,” she added. “Our union also supports the implementation of the recommendations of the 2004 Pay Equity Task Force Report, and the commitment to restore the right to pay equity in the public service, which was eliminated by the Harper government in 2009.”

De Angelis went onto add that Canada’s discriminatory gender wage gap is also the result of occupational segregation and the prejudices and stereotypes – reinforced by the labour market – that have systematically undervalued and underpaid women and their work, relative to men.