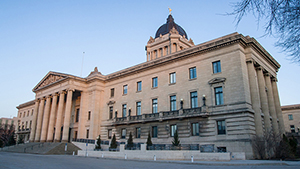 Winnipeg – March 8, 2016 – UFCW Canada applauds the government of Manitoba on the passage of Bill 8, which provides a victim of domestic violence up to five days of paid workplace leave, and up to an additional 17 weeks of unpaid leave with a right-to-return to the job guaranteed.

This labour legislation, the first of its kind in Canada, gives victims of domestic violence the right to workplace leave to receive psychological help, to obtain support from victim services organizations, to move away from their abuser, get medical attention, or seek out legal or law enforcement assistance.

"Violence is not welcome anywhere. Not at home. Not in the workplace,” says UFCW Canada National President Paul Meinema, “I want to congratulate the Manitoba government in showing Canada what true leadership looks like.  I hope other provinces follow their lead and consider similar legislation across the country.”

Under the Bill 8 amendments to Manitoba’s Employment Standards Code, workers in Manitoba affected by domestic violence are entitled to take time up to 10 days of leave per year without penalty, including five days of paid leave. The 10 days can be used in a row, or as needed throughout the year. Victims can also take up to an additional 17-week unpaid leave, with a guarantee they will not lose their job during the time off.

According to a study conducted by Western University, in partnership with the Canadian Labour Congress (CLC), 81.9 per cent of domestic violence victims indicated that domestic violence negatively affected their work performance, most often making them distracted, or unwell.

UFCW Canada has been a long-time advocate and activist for the prevention of domestic violence and harassment in the workplace, through a number of community, social justice, and lobbying initiatives.

Click here for more information on the fight against domestic violence.