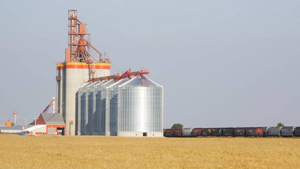 Edmonton – November 18, 2015 – The exclusion of Alberta agriculture workers from basic workplace rights is coming to an end, thanks to new legislation introduced by the Notley NDP government. Bill 6: The Enhanced Protection for Farm and Ranch Workers Act was tabled in the Alberta Legislature on Tuesday. The legislation will finally provide farm workers the workplace rights and coverage that most other Alberta workers have had for decades, including Workers Compensation coverage, inclusion under the Occupational Health and Safety Act, and changes to the Labour Code to allow agriculture workers to join unions and bargain collectively.

“The new legislation is a tremendous victory and long overdue for Alberta agriculture workers,” says Paul Meinema, the national president of UFCW Canada (United Food and Commercial Workers union). “We congratulate the thousands of men and women working on Alberta farms. We also commend the Notley NDP government for its leadership and progressive vision in opening the doors of safety and equity for all Alberta farm workers.”

Over the past two decades, UFCW Canada has been the leading voice for legislative reform that aims to include agriculture workers in provincial collective bargaining and health and safety statutes across the country. Earlier this year in the lead up to the Alberta provincial election, UFCW Canada activists across the province volunteered on NDP campaigns in support of the party’s progressive platform, including the extension of workplace rights for agriculture workers.

“It is a new era for Alberta farm workers. Improved safety and workplace rights will save lives and reduce injuries across the province,” says Meinema, the leader of Canada’s largest food workers union. “Labour rights are human rights, including the rights of the 50,000 agriculture workers in Alberta.”