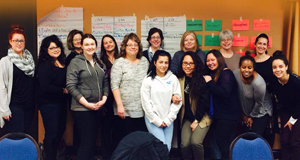 Details of the next regional Organizing for Women Activists will be scheduled in the near future. For more information about the workshop content, or interest in a future workshop, please contact Debora De Angelis at the National Office, [email protected].