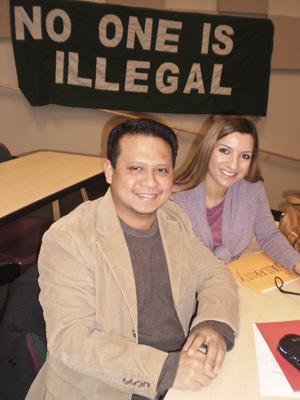 UFCW Canada activists recently came out in force to join community partners in making a stand for migrant worker rights by taking part in a number of International Migrants Day celebrations and actions across the country.

Every December 18, workers, community members and social justice activists commemorate International Migrant Day by coming together to raise awareness about the essential contribution migrant workers make to prosperous economies around the world – including Canada’s. IMD activities also strengthen the migrant rights movement by giving activists an opportunity to combine their efforts in fighting for fundamental freedoms and basic human rights.

To help promote the importance of December 18, UFCW Canada created a special International Migrants Day poster that was widely circulated in five different languages and appeared at numerous IMD events throughout the month of December. Downloads of the ONE PLANET, ONE RACE, ONE HOME poster are still available to all UFCW Canada members and friends.