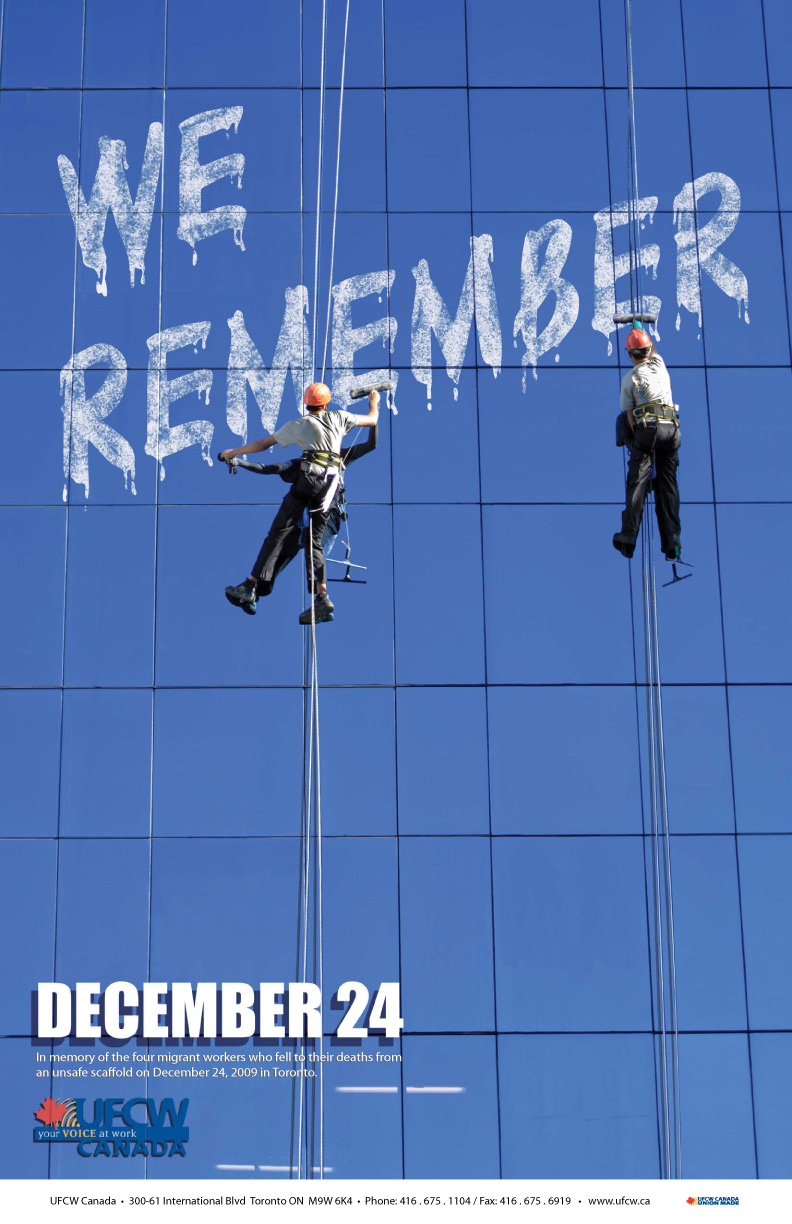 On December 24, 2009 four migrant workers were killed and another critically injured when the scaffold they were working on collapsed and sent them plunging 13 stories to the base of a Toronto apartment building. In the wake of the investigation of the Christmas Eve tragedy — and in large part because of pressure from UFCW Canada, labour allies and community groups — more than 60 charges in total were filed under Ontario’s Occupational Health and Safety Act against various construction and repair companies.

Metron Construction Corporation and three individuals related to the company were also additionally charged with criminal negligence causing bodily harm and four counts of criminal negligence causing death under Bill C-45 — the federal amendments to the Criminal Code introduced following the 2002 Westray mining disaster when 26 miners were killed underground by an explosion at a Nova Scotia coal mine.

If found guilty, the individuals charged in the Toronto December 24th tragedy could face life in prison.

To commemorate the tragedy the UFCW Canada National Workplace Rights Committee has published a We Remember poster that can be downloaded here. “We remember the victims, and we honour them by remaining vigilant because what happened last December 24th was completely preventable,” says UFCW Canada National President Wayne Hanley.

“What must also be remembered was there were a number of  Ministry of Labour work orders laid against the construction company in the weeks leading up to the tragedy. Orders are one thing but enforcement is another, which is one of the messages we made loud and clear at the Ontario Expert Advisory Panel inquiry.”

The Ontario Expert Advisory Panel (OEAP) was setup to inquire into Ontario’s workplace safety prevention initiatives after the December 24th tragedy. UFCW Canada made two presentations to the panel on workplace safety issues facing members in retail and industrial locations, as well as specific workplace safety concerns in the agriculture sector.