International Day Against Homophobia and Transphobia – May 17, 2010

Homophobia and transphobia, like all forms of bigotry, are shameful and dangerous because they feed hate and propel inequality. 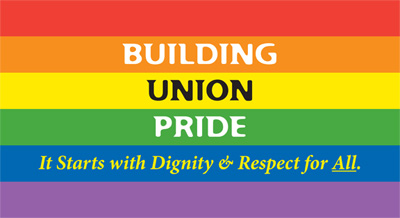 In September 2008, Jordan Smith was walking along a Vancouver street holding hands with his boyfriend, when he was confronted by Michael Kandola shouting homophobic insults. Kandola then punched Smith and left him with a broken jaw.

This past April, a B.C. Supreme Court justice ruled that Kandola’s attack was more than just an assault — that it was a crime motivated by hate. It was precedent-setting: the first time the hate crime provision of the criminal code had been applied in a gay-bashing incident.

The ruling recognized that Kandola’s violence — motivated by his homophobia — did not just target Jordan Smith, but all gay people. And that is what homophobia and transphobia are all about: denying the humanity of all lesbians, gays, bisexuals and transidentified (LGBT) people simply because their sexual orientation isn’t the same as the majority.

Homophobia and transphobia cut across all races and societies. Their prevalence runs so deep that while there are many LGBT athletes, actors, politicians, and other celebrities, most of them keep their gender orientation private to protect their own careers. That’s not so surprising in a society where making racist jokes is not politically correct, but jokes about LGBT people are OK.

Last week the Toronto LGBT people community also got a message from the Harper government which pulled the plug on its funding for the Toronto Pride Parade: an event that encourages and inspires LGBT individuals to shake off the secrecy and say who you are without the fear of recrimination. But getting votes in downtown Toronto is not a Harper priority, while playing to the hard conservative right is.

But this political cynicism may be miscalculated. A recent Canadian poll reported that 70% of those surveyed said homosexuality was a normal part of society. The recent B.C. ruling is also encouraging. But the courts are the last resort to battle intolerance. The real front line is with us, as we proudly stand shoulder to shoulder with our LGBT brothers and sisters on the International Day Against Homophobia and Transphobia — and throughout the year.

To find out more on how you to get involved see: