The Bren Gun Girl was a young woman named “Veronica Foster," who became a Canadian icon by representing nearly one million Canadian women working in the munitions sector during World War II. She was popularly known as “Ronnie, the Bren Gun Girl” and worked for the company John Inglis Co. Ltd producing Bren light machine guns on a production line on Strachan Avenue in Toronto. Foster became popular after being featured in a series of war-time propaganda posters; most images featured her working for the war effort, but others depicted more casual setting,  like Foster dancing the jitterbug or attending a dinner party.

Foster can be seen as the Canadian precursor to the American fictional propaganda tool "Rosie the Riveter." 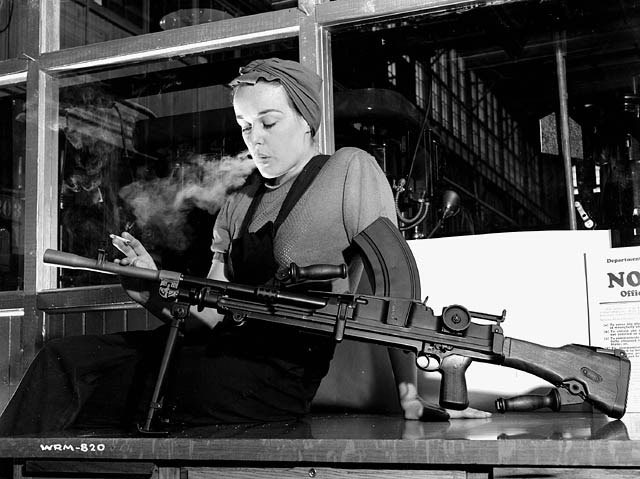 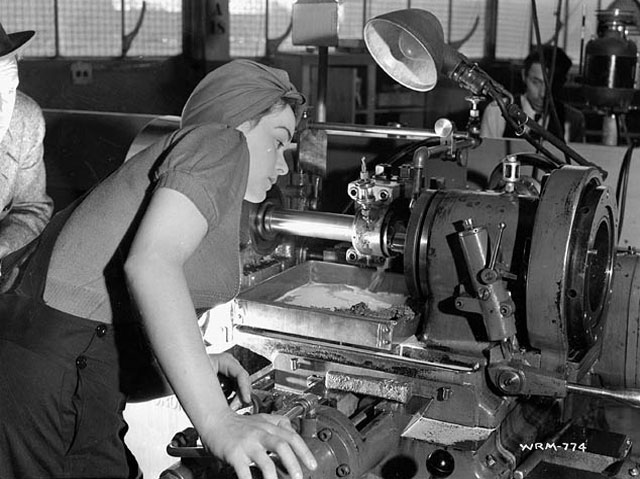 In 1941, Eileen Tallman organized the first Canadian bank strike. She was also an organizer during the first attempt to unionize the Eaton’s department stores in Canada in the 1950s. 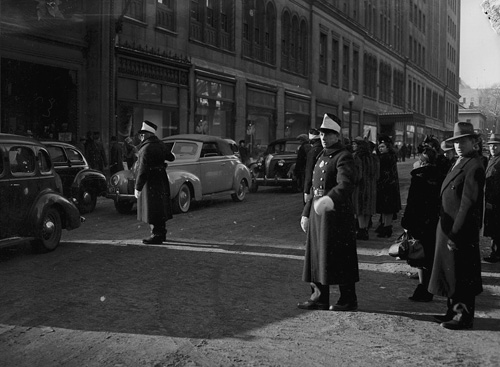 Parent headed the unionization push for Dominion Textile plants in Valleyfield and Montreal, Quebec. In 1946, more than 6,000 cotton workers succeeded in forming a union. Parent was also a founding member of the National Action Committee on the Status of Women, representing Quebec for eight years.

Even though Chinese men died while building Canada’s railroad in the 1860s, they were not permitted to become Canadian citizens until 1946.

Wyatt was the first person to be elected as an International Vice-President of the Amalgamated Meat Cutters union. She began her career in packing plants like Armour & Company and the Illinois Meat Packing Company. Wyatt worked for 20 years as organizer, negotiator, and program coordinator. 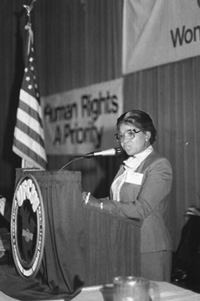