British Columbia passes maternity leave legislation, granting mothers six weeks leave before and after giving birth. No other Canadian jurisdiction would implement maternity leave until 1964. At this time, 17.7% of women aged 14 and older were participating in the labour force, mainly in office work. Also in 1921, Alberta became the first province to provide public health nurses, municipal hospitals, and free dental and medical care for children.

Macphail became the first women Member of Parliament by campaigning for prison reform and old age pensions. First elected as a member of the Progressive Party of Canada for the Grey Southeast electoral district in the 1921 federal election, she later joined the Co-operative Commonwealth Federation (CCF). 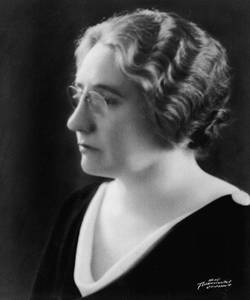 Also in 1921, Liberal Party candidate Nellie McClung was elected to the Alberta legislature, where she went on to advocate for old age pensions, mothers’ allowance, legal protection for widows, better factory conditions, a minimum wage, and birth control. 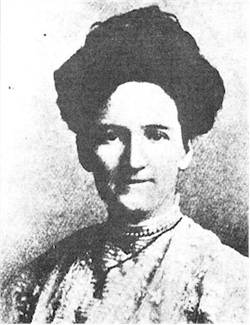 White women in Prince Edward Island win the right to vote in their province.

The federal divorce law changes to allow a woman to divorce her husband on the same grounds as a man.

In Newfoundland, white women aged 25 and older win the right to vote. 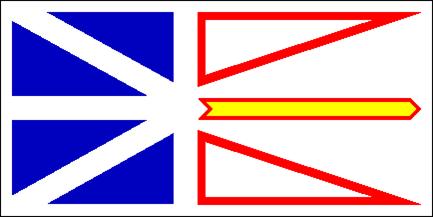 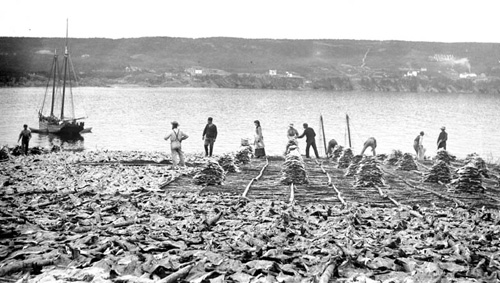 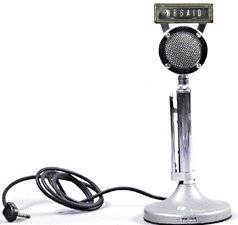 Murphy urged the Government of Canada to appoint a woman to the Senate – without success. The government cited the British North American Act (BNA Act), which stated that only “qualified persons” may serve in the Senate, inferring that women are not “qualified persons” and therefore ineligible for service. In August 1927, Emily Murphy and four Alberta women – Nellie McClung, Henrietta Muir Edwards, Louise McKinney, and Irene Parlby petition the Privy Council of Great Britain to rule on women’s eligibility for serving in the Senate. On October 18, 1929, the Privy Council rules that the BNA Act should apply equally to women, stating that the exclusion of women from public offices was “a relic of days more barbarous than ours." Women were now considered “persons” under the law and therefore eligible for nomination to the Senate. The ruling would come to be known as the Persons Case. 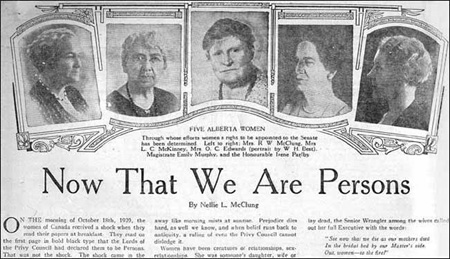 An organizer and staunch supporter of the Women’s Christian Temperance Union, McKinney became the first woman to sit as a Member of the Legislative Assembly in Canada. She was elected in Alberta in 1917 during the first election in which Canadian women could vote or run for office. 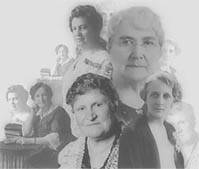 An advocate for rural women, Parlby was elected to the Alberta Legislature in 1921. She was appointed as the first female cabinet minister in Alberta and, as a minister, successfully sponsored the Minimum Wage for Women Act (1925). Parlby spent her entire life supporting initiatives to improve the lives of women and children.

A novelist who wrote 15 books, McClung was a social reformer, suffragette, and famed Canadian journalist. She led the first campaign to enfranchise North American women, beginning with Western Canadian women in the early 1910s. McClung served as a Liberal Member of the Alberta Legislature for Edmonton from 1921 to 1926.

By 1930, 19.4% of women aged 14 and older were part of the Canadian labour force. In some households, women were the sole breadwinner, as many husbands were unemployed during the Depression. The 1930s saw another change to federal divorce laws, allowing a woman who was deserted by her husband to sue for divorce.

Wilson becomes the first woman appointed to the Senate of Canada in 1930. 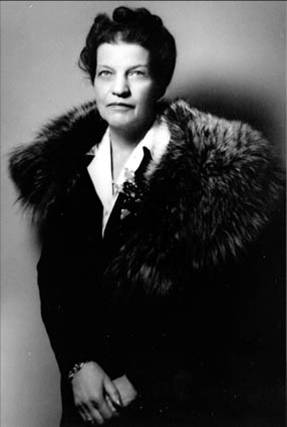