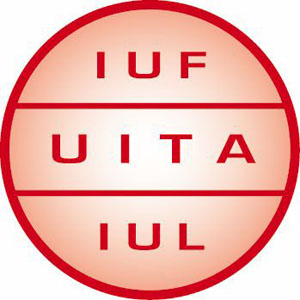 Narewa, Fiji – February 20, 2014 – UFCW Canada and labour activists around the world are celebrating a hard-won victory for global labour rights after a successful online solidarity campaign – led by the International Union of Food workers (IUF) – forced the government of Fiji to drop all police charges laid against leaders of Fiji’s National Union of Hospitality Catering and Tourism Industries as a result of a strike action earlier this year.

Union leader Dan Urai and five others were charged by Fiji's military dictatorship on January 9 for leading an “illegal strike” at the Sheraton Fiji Resort and the Westin Denarau Island Resort and Spa on New Year's Eve in the village of Narewa. The two hotels are owned by Starwood Hotels & Resorts Worldwide. Disturbingly, the union leaders were charged despite the fact that they had returned to the bargaining table to negotiate with hotel management after the brief strike action.

However, thanks to the support of social justice activists and the global labour movement via social media and the IUF's online campaign to pressure the Fiji government, all charges were dropped against Mr. Urai and other unionists who took part in New Year's Eve work stoppage.

"The IUF thanks all those who supported the international action campaign and will continue its fight against Starwood's unilateral withdrawal of workers' benefits, while striving to eliminate the part-time work category that will deprive workers of retirement benefits," the IUF said in a press release posted on its website.