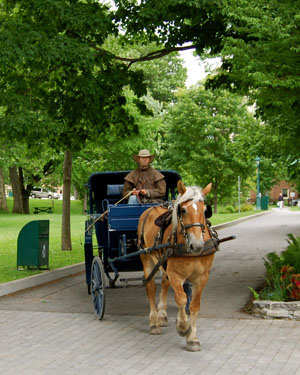 Quebec City - January 23, 2014 – UFCW Canada Local 503 members at Carriages of New France (Calèches de la Nouvelle-France) in Quebec City have achieved a first contract, and the first of its kind in North America. The members provide horse carriage tours and guide services to visitors and residents of Quebec City. On January 10, arbitrator Léonce E. Roy ruled on a first collective agreement that runs until November 9, 2016.

Other highlights of the agreement include:

The contract is the first-ever union collective agreement in North America for a group of coach drivers and guides. There was therefore no precedent on which to base the determination of their working conditions. As such, the Local 503 members at Carriages of New France are pioneers in their profession.