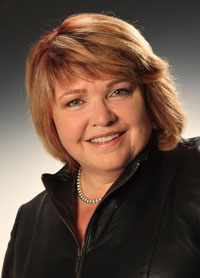 Washington, D.C. – December 5, 2013 – UFCW Canada Local 1000A president and long-time activist Pearl Sawyer is the union’s newest International Vice President, after being elected unanimously to the UFCW International executive board.

"For more than three decades, Sister Sawyer has been a tremendous advocate, trailblazer, and fighter for workers' rights and the membership,” says National President Meinema. “Just as Pearl brings her strength, resolve and courage to her Local Union and to our great national union, she will no doubt make an outstanding contribution in her new and additional role as a UFCW International Vice President. This is a proud achievement for all of UFCW Canada and we congratulate President Sawyer on her well deserved election to the UFCW International Executive Board."