More H&M workers join the union by voting “Yes!” to Local 1102 in Manhattan 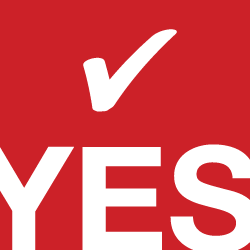 New York – January 15, 2013 – Around 60 H&M workers in New York City recently joined RWDSU Local 1102 to have a union voice at the workplace. Workers at 11 Manhattan H&M stores are now under a master contract.

H&M members from other stores helped to organize workers by discussing the benefits of standing together in solidarity and having a voice on the job.

“As a steward, I want all my H&M co-workers to have the same benefits and protection that I have. When I spoke to the new workers, I shared how having a union voice helped me and others in my store,” said H&M steward Charlie Truitt.

H&M worker Alicia Williams-Timo said, “When it was time for me to come speak to the new workers, I was happy to share my own story and how being part of a union helped me to stay with the company and develop within my job.”

This latest victory for H&M workers in New York follows a series of significant wins in Canada, where H&M Associates in Mississauga, Ontario and Joliette, Quebec made history by voting to join the UFCW last year. Inspired by their Sisters and Brothers in the stores, the warehouse workers for H&M’s main Canadian supplier also combined their voices last year by voting to join the UFCW.