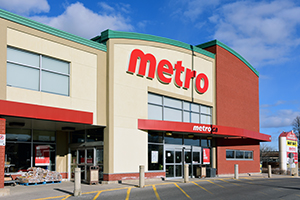 The new contract comes after a 97 percent strike mandate from the membership and a difficult round of bargaining that led to the use of a conciliation officer.

“The negotiating committee and the members were rock solid in their dedication throughout the entire process,” says Shawn Haggerty, President of UFCW Canada Local 175. “This was a tough set of bargaining. But the members’ resolve and strong strike mandate allowed the committee to push forward and achieve this contract.”

The Equal Pay for Equal Work legislation recently passed by the Ontario government introduced a number of hurdles in these negotiations. While the laws are positive for workers, the union and the employer disagree with how they apply to members based on employment status. Despite expert guidance and legal advice sought by both parties, no agreement could be made.

Since the law is brand new, there is currently no applicable jurisprudence or regulations to help resolve the issue. The Union Negotiating Committee wanted to proceed with an otherwise agreed-upon contract settlement and elected to have the Equal Pay for Equal Work matter referred to mediation/arbitration to achieve a resolution for the membership. The union now has a clear path to advance the concerns of the members before an arbitrator to get the right answers on the application of this new legislation.

UFCW Canada Locals 175 & 633 represent over 70,000 members across Ontario working in almost every sector of the economy. To learn more about UFCW 175 & 633, visit their website.