Renewing our efforts to achieve a better life for all workers 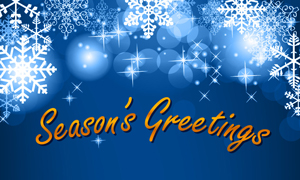 Toronto – December 21, 2017 – As one year ends and another one approaches, we renew our commitment to achieving a better life for all workers and their families. As the President of Canada's leading and most progressive union, I am proud and inspired by the tremendously positive impact that UFCW Canada members and their Local Unions made in 2017, at workplaces and in neighbourhoods across the country.

Our unity as a workers' organization and as a force for social justice made a major difference in 2017. Thousands of workers were supported in their efforts to bring a union to their workplace, and we welcomed their success and the strength that they brought as new UFCW Canada members. Our voices were strong throughout the year in advancing the issues that are so important to workers and their families, like closing gender wage gap, protecting Canada’s supply management system, and ending discrimination against First Nations children.

The united goodness and compassion of UFCW Canada also shone through in 2017, as UFCW members and their Local Unions raised over $2.5 million for the life-saving efforts of the Leukemia and Lymphoma Society of Canada (LLSC).

In addition, our union played a leading role in securing new federal protections for transgender Canadians, achieving progressive labour law reforms in Ontario, and advancing the fight for a $15 minimum wage in provinces across Canada.

The spirit of community resolve was also echoed in the voices and actions of thousands of UFCW Canada members calling for workplace fairness – not just for themselves, but for all workers. This call was strengthened at the 12th UFCW Canada National Council Convention in August, where delegates passed a number of important resolutions aimed at advancing UFCW’s mission to improve workers’ lives and help more workers join the union.

We should be optimistic going forward, for we know that when good people join together, great things happen. That is our history as a labour union and as a champion of fairness. That is our commitment to the year ahead – to stand united in our diversity as an inclusive union and a force of social justice in the workplace, in the community, and across this great country.

To you and your family, I extend my best wishes for the season, and for 2018. May the New Year bring us closer to peace, fairness, and equality for all.