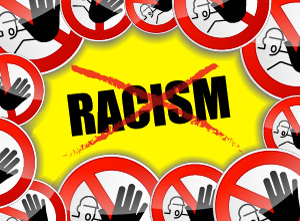 Under Canadian law, there is legal protection for victims of discrimination and a guarantee in the Charter of Rights and Freedoms of equality rights for all. But a recent Angus Reid poll has found that one-third of Canadians think racism is still a major problem in our country.

Racism manifests itself in many different ways, from individual prejudice and bigotry to hate speech to labour market segmentation. And it definitely exists in Canada, as several studies have shown that racial disparities in income, health status, civic participation, services, and job opportunities continue to persist here. For example, racialized citizens in Toronto face numerous disparities regardless of their education, and they are more likely to be unemployed and underemployed than non-racialized citizens.

Evidently, Canada has not achieved a racism-free society. Perhaps unsurprisingly, a United Nations report on Canada's compliance with international law on racial equality noted that, while Canada has made great strides in fostering racial equality, racial profiling by police, growing economic gaps among different ethnic groups, and the overrepresentation of Aboriginal and African Canadians in our prisons remain significant concerns. Considering the racialized population of Ontario alone will reach 33 percent by 2017, these problems will only worsen if they are not dealt with soon.

Going forward, we need to make sense of these realities and identify how to address them in a serious way. Educating ourselves on how racism manifests itself in our daily lives – both subtly and overtly – is one solution. But it will take time, since racism is an entrenched system of oppression that cannot be dismantled over night.

With respect to public policy, there are a number of steps that our governments can take to reduce racial inequalities in Canada, such as introducing measures to tackle disproportionate unemployment among racialized communities. The federal government should also develop a national poverty reduction strategy that meets the needs of racialized Canadians, who are three times more likely to live in poverty than other Canadians. And much more can be done to help qualified and skilled new immigrants work in their chosen fields of expertise when they arrive in Canada.

In our opinion, racial justice must be a goal that we as Canadians take seriously and commit to realizing. By educating ourselves on how to identify and condemn racism in our day-to-day lives, and by working together in our communities and with our elected officials, we can successfully confront racial inequality in our society and work towards a Canada that is truly inclusive of everyone.