The crisis of student debt in North America 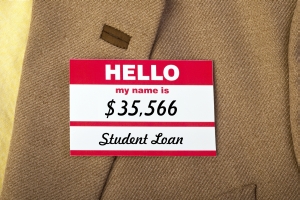 In North America, we face a crisis. It is getting worse by the year and is generally marginalized in the mainstream media. It is the crisis of student debt. As of September 2010, the amount that Canadian students owed the federal government for student loanssurpassed $15 billion. And that number doesn’t even include the amount that students owe on private loans, provincial government loans, credit cards, and lines of credit.

In the United States, the problem is much worse. U.S. students collectively owe the federal government $1 trillion, plus another $200 billion to private or state entities. Of course, some students will graduate without any debt, or enter into a career in which they can quickly and easily pay off their debt. But should a university education – which students are often told they need to have in order to get a good job – be something that only a privileged few can actually afford? Should post-secondary education not be more accessible, and universal?

If we crunch the numbers, we find that the main reason why student debt is rising south of the border is because tuition costs are out of control. Take the University of Vermont (UVM), for example. Tuition alone costs local residents $14,184 each year. If the student is not from Vermont, they pay $35,832 per year. This figure doesn't include textbooks, room and board, a $2,012 “comprehensive student fee,” and personal expenses. So, in all, it costs an in-state student $29,674 and an out-of-state student $51,736 to attend UVM for one year. And these costs are typical of what other public universities charge throughout the U.S.

In Canada, the situation is slightly better, but ballooning tuition remains a major problem for students. With the exception of Quebec, all Canadian citizens are charged the same tuition fees, which vary between schools. In other words, a student from Edmonton attending the University of Waterloo pays the same tuition as a student from Waterloo. Tuition rates are also generally lower in Canada than in the U.S. (an average of $5,313 in 2011-2012 vs. an average of $19,339 in the US in the same year). However, $5,313 is not cheap by any means, and that's why Canadian students owe billions in student loan debt.

So, if high tuition is at the root of the student debt crisis, then what should we do about it? In our opinion, federal, provincial, and state governments need to subsidize public post-secondary institutions to the point where tuition fees are either very low or non-existent, and American universities need to end the practice of increasing fees based on where a student lives. After all, students in Germany, Austria, Hungary, Ireland, Luxembourg, Slovenia, and Sweden either pay low tuition fees, or nothing at all. While some may consider this idea to be idealistic or radical, we have already accepted in Canada that quality health care should not be reserved for rich people. The same principle should apply to post-secondary education across North America.

We've pointed out elsewhere on this site that, in Canada, it would only take one federal budget to make university and college way more accessible for students (as a start). Like we discussed in our "Higher ed is worth the $$$" piece, the federal government could reduce tuition fees by 57 percent if it stopped subsidizing the massively profitable oil and gas industry. And we're confident that a similar outcome could be achieved in the U.S., where the federal government provides billions of dollars in subsidies to corn producers and petroleum companies, but asks students to absorb thousands of dollars in debt. So let's remind our elected officials that education is worth the investment, and ask them why college is so unaffordable when a post-secondary degree is essential to finding employment.