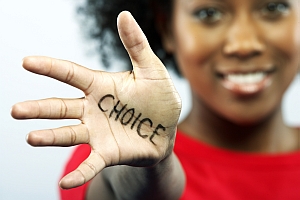 As we recently detailed in our articles on mandatory voting and the Ontario election that occurred this past June, voter apathy is increasing in Canada, and young people continue to be far less likely to vote than our older counterparts. For example, a mere 37 percent of eligible voters aged 18 to 24 participated in the last federal election.

To combat this disturbing trend, students at McMaster University in Hamilton launched an innovative campaign to change student voting trends in the 2014 Ontario General Election, in which Kathleen Wynne's Liberal Party won a majority government. Dubbed "MacVotes," the campaign targeted 18 to 24 year olds on the McMaster campus by stressing that students need to make their voices heard in politics. The goal of the campaign was to increase youth voter turnout by educating students on the importance of voting, and to provide information that would enable students to make an informed decision at the polls.

Through a major internet, social media, and on-campus presence, MacVotes reached its goal by using videos, informative links, an on-campus debate, and advanced polls to encourage more students to vote. The campaign's impact was evident in many ridings: participation in the Ancaster-Dundas-Flamborough-Westdale riding saw one of the highest voter turnouts across the province, with 60.1 percent of voters re-electing Liberal MP Ted McMeekin.

Efforts to increase student voter turnout were also seen province-wide through different campaigns from various student associations. For instance, in addition to the successful MacVotes initiative, the Ontario Undergraduate Student Alliance (OUSA) partnered with the College Student Alliance (CSA) to launch the "It’s Your Vote" campaign during the aforementioned Ontario election.

Taking notes from McMaster’s triumph, Jen Carter of Western University's Students Council (USC) is leading the charge to increase student voter turnout in London, Ontario's upcoming municipal election. Carter recently proposed two different budgets at the USC’s summer meeting – the first included a proposal to encourage students to sign a pledge that they will vote in the upcoming election, and the second included a plan to put students' London address on their bus passes so that they will be eligible to vote in the municipal election. The latter proposal was approved and the Council allocated $12,000 for costs such as hosting a mayoral debate, distributing posters, and launching other interactive activities on Western's campus.

The idea of putting students' (often temporary) addresses on their bus passes eliminates a big dilemma for students, as many live outside of the city where their school is located during the summer months. As a result, a number of students are not aware that they are still eligible to vote in municipal elections, so long as they maintain residence in their school's city during the academic year. In London, a plan is being sought to include proof of residence alongside the bus pass when it is issued at the beginning of the school year. Hopefully, by creating awareness through the bus pass plan, more students will be inclined to vote in municipal elections.

In our view, it is extremely encouraging to see universities and student associations slowly but surely taking steps to increase student voter turnout in elections. The MacVotes campaign, Western bus pass plan, and CSA/OUSA It's Your Vote initiative represent progressive steps towards harnessing the youth vote and creating awareness that even though students are young, our voice very much matters. Youth can have a positive impact on politics, society, and the way our communities are governed, and by making our voices heard now, we can influence change both today and in the future.