Guest column: An alternative view on unpaid work and internships 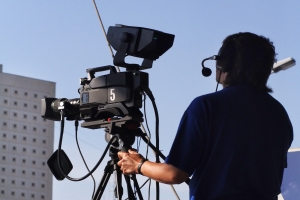 In this guest column, Carleton University Journalism student Griffin Elliot explains his decision to work for free as an editor for a major Canadian music magazine. While we at Think Forward believe that students and interns who perform the work of employees should be paid for their labour, we also welcome debate among our readers and guest columnists and acknowledge that Griffin's views are reflective of many students who perform unpaid work.

For as long as I can remember, I have wanted to be a writer. I started at Carleton University undeclared and later decided to do a combined honours bachelor degree in Journalism and Greek and Roman Studies. As my journalistic skills began to develop, I looked for opportunities outside of the classroom to practice and hone my writing abilities. I sent samples of my work to various publications, and as if a dream came true, a national music magazine called "The Scene" contacted me to cover events in Ottawa.

I went on to write about music and concerts and interview bands and artists for The Scene, and when the opportunity arose, I took the position of Editor for the Ottawa section of our magazine. Over the past year I have assembled a team of thirty writers and photographers who I coordinate and assign stories to all over Canada's capital. I manage people and their work, and in addition to editing, I continue to write, interview, photograph, and film stories around Ottawa and the Greater Toronto Area. I have nurtured the magazine and its readership, watched it grow exponentially, and made The Scene Magazine a recognizable institution in Ottawa. Since beginning this full-time, unpaid job, I have been paid a total of $24.50. I made that money by selling advertising space to a metal band that I was friends with in high school.

The question is: do I regret devoting my time, hard work, and – occasionally – my sanity to this cause known as The Scene? The answer is absolutely not. I would be lying if I said that I have not had doubts, but in the end I truly believe in the organization that I work for.

As a young writer, the most important steps that you can take towards building a career are the foundational few taken at the beginning of your journey. By working at The Scene, I have built a reputation for myself and continue to expand my network with every story that I tell, picture that I take, and video that I edit.

I can see how an unpaid internship might be detrimental to a person’s wellbeing, especially if they are doing something that they do not wholeheartedly believe in, or if they work for an employer that badly mistreats them. However, I view my decision to work for free as a personal choice to fight for what I want and believe in, and I think that attitude is necessary to succeed in any job, whether it's paid or unpaid.

Griffin Elliot is the Ottawa Editor at The Scene magazine. He is currently completing a combined honours bachelor degree in Journalism and Greek and Roman Studies at Carleton University. His interests include coffee, writing, playing music with friends, and watching Lord of the Rings.