Why are interns being asked to work for free? 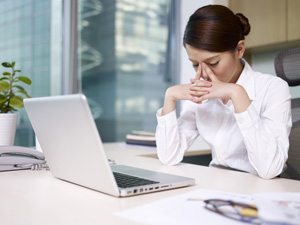 At the same time that college and university graduates are struggling to find jobs, a majority of employed Canadians under 25 are making minimum wage, and 42 percent of 20- to 29-year-olds are living with their parents, unpaid internships have emerged as another disturbing trend facing young job-seekers in Canada.

These free labour scams claim to offer youth a chance to bridge the gap between their education and the skills required for entry-level jobs, as well as opportunities to network with potential employers and the possibility of paid work once the internship is completed.

Toronto labour lawyer Andrew Langille estimates there are between 100,000 and 300,00 unpaid internships in Canada, and up to 750,000 if school-sanctioned co-ops and work placements are included. But because Statistics Canada and Employment and Social Development Canada don't collect data on unpaid interns, there's currently no way of knowing exactly how many students and recent graduates are labouring for free, or whether young workers are securing paid employment after finishing their internships.

The few details that are known about these precarious work arrangements aren't pretty. Since there is no federal policy governing unpaid internships, co-ops, and work placements in Canada, and only three provinces have drafted regulations concerning interns, a number of young workers have been badly exploited by employers who weren't willing to pay them.

There's the story of 23-year-old Krista Brown, who quit her internship at a Canadian clothing designer after being asked to clean up dead animal parts. She also worked full-time planning a major company event, but was never compensated for her efforts. Then there's Janina Patel, who filed a complaint against Bell Mobility after participating in the company's Professional Management Program. The program promised interns a chance to work on projects aimed at enhancing their knowledge and career prospects, but instead Patel and others did menial jobs for up to 12 hours a day without pay. And, most tragically, 22-year-old Andy Ferguson died in a car crash after being forced to work long hours at an unpaid practicum in Alberta.

But unpaid internships don't just take advantage of young workers. They also negatively impact the economy by replacing paid employees with unpaid interns, driving down wages, and forcing young people to delay significant life events while being trapped in a cycle of unstable work. In the case of work placements, students are often required to pay tuition to their school and then provide free labour for a company, which drives many students into crippling debt.

The good news is that a chorus of voices are now calling on governments to stop employers from scamming young workers through unpaid internships. The Canadian Intern Association is publicly shaming companies that refuse to pay their interns while helping youths who have completed internships to claim their pay if they're eligible for compensation under the law. In Ontario, payyourinterns.ca is calling on the Minister of Labour to enforce the current law on illegal unpaid internships. You can send a letter to the Minister by clicking here.

It's time for governments across Canada to protect young workers by ensuring that interns who perform the work of employees are paid for their labour.