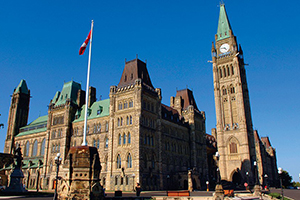 Toronto – March 24, 2017 – While Budget 2017 shows flashes of promise, overall it leaves us wanting more. This year’s federal budget provides much-needed funding for skills training, a new national housing strategy, and the creation of 40,000 subsidized child care spaces. It is also the first budget to utilize a gender analysis of its potential impacts. However, the budget fails to deliver the long-term funding needed to create good-paying jobs, close the gender wage gap, reduce inequality, and get more Canadians working.

“Much like the 2016 Federal Budget, this year’s budget has good intentions, but neglects to provide the financial resources needed to realize those intentions,” says Paul Meinema, the National President of UFCW Canada. “Canadians will also be dismayed to learn that most of the budget’s announcements will not take effect until next year or later,” he adds.

As a staunch advocate of affordable, public, and accessible child care, UFCW Canada welcomes the budget’s modest investment in this area. But we are disappointed that the budget stops short of creating a national, publicly-subsidized child care program that is accessible to all families.

“In today’s political climate, the federal government could learn a few things from Rachel Notley’s government in Alberta, which also campaigned on a promise to help working families and boost the economy,” says Meinema. “The Notley government is now following through on those commitments by raising the minimum wage, improving the province’s labour laws and standards, and investing in health care, education, and renewable energy. The Trudeau government would do well to follow that example at the federal level,” the UFCW leader adds.

Despite these qualms, UFCW Canada is encouraged by the budget’s commitment to bolster the agri-food industry. With a $100 million investment earmarked for Canada’s food processors, UFCW hopes the funding will create more jobs in this growing sector.

Overall, the 2017 Federal Budget has some positive announcements, but falls short of delivering the long-term, sustained funding needed to create good-paying jobs, close the gender wage gap, reduce inequality, and get more Canadians working. That is why our union will continue to work with the government in an effort to achieve more immediate action for workers and their families.