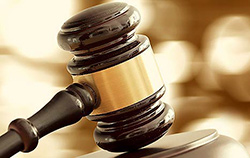 Hartland, N.B. – February 8, 2016 – The choice of employees at Covered Bridge Potato Chips to be represented by UFCW Canada Local 1288P has been upheld and respected by the Court of Queen’s Bench of New Brunswick.

Earlier this month, the court confirmed the New Brunswick Labour and Employment Board’s May 15, 2015 rejection of an Application to terminate UFCW Canada Local 1288P’s bargaining rights.

In 2015, an attempt was made to terminate the right of the employees to be represented by UFCW Canada Local 1288P. The NB Labour and Employment Board ruled that the application was tainted by a reasonable perception of impermissible employers influence, and dismissed the Application on May 15, 2015. An application was then made to the N.B. Court of Queen’s Bench to overturn the Board’s decision. The Court’s decision rejecting that request was handed down February 1, 2016.

With this latest legal challenge decided, the striking Covered Bridge members are hoping that their employer will come back to the bargaining table and that a mutually agreeable settlement can be reached.

UFCW Canada Local 1288P is proud to represent the hard-working members at Covered Bridge Potato Chips, and is eager to return to the bargaining table on behalf of the members as soon as possible.

You can support the campaign for fairness at Covered Bridge by sending a message to the company to get back to the bargaining table.