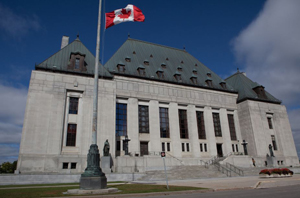 Ottawa – September 9, 2015 – The Supreme Court of Canada has ruled that Ecuadorean villagers affected by contamination caused by the Chevron Corporation can legally pursue the company's assets in a Canadian court.

The 7-0 unanimous decision, handed down on September 4, upholds the original Ecuadorian ruling, granted in 2011, which found Chevron responsible for environmental contamination in the Ecuadorian Amazon.  It ordered the company to pay more than $9.5 billion USD to individuals and communities affected by the company's reckless actions. Chevron responded by selling off its assets in Ecuador in a cold-hearted attempted to avoid accountability. The plaintiffs then launched court cases in other countries where Chevron holds assets, including Canada.

Between 1964 and 1990, a subsidiary of Chevron dumped approximately 18 billion gallons of toxic wastewater directly into the ecosystem of the Amazon rainforest in Ecuador. In what has been dubbed the "Chernobyl of the Amazon," the contamination resulted in an explosion of miscarriages, birth defects, and cancer among Ecuadoreans. At least seven Aboriginal nations living in the Amazon were directly affected by the dumping, two of which have been virtually wiped out by the disaster.

UFCW Canada stands in solidarity with the Anti-Chevron Committee and has worked closely to raise awareness and demand justice for those who have been poisoned, displaced, or have died from cancer and other diseases linked to Chevron's devastation of the environment around the world.

"This historical ruling begins a new chapter in this ongoing legal battle to demand justice for those affected by Chevron's dirty tactics," says Anti-Chevron Committee member and UFCW Canada activist Santiago Escobar. "Not only does this case help bring justice to those affected, it also sets a precedent on global corporate responsibility.”