By the Numbers: New mental health survey points to shortfall in services 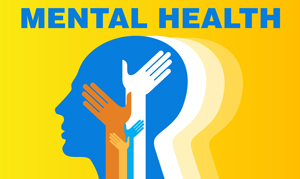 Toronto – January 28, 2015 – In 2007, the Harper government established the Mental Health Commission of Canada to develop surveys and strategies to act as a "catalyst for improving the mental health system". The plan also called for $536 million to be transferred annually to the provinces for 10 years, to improve access and resources for mental health care, based on recommendations made by the commission. However, the Harper government never followed through with the funding, despite the fact that a shortage of resources continues to shut the door to treatment for more than a quarter of all Canadians with mental health issues, as indicated in the latest survey from the commission.

20
Percentage of Canadians who will personally experience a mental illness in their lifetime.

20
Percentage of children and youth in Canada (roughly 1.5 million individuals) who suffer from a diagnosable psychiatric disorder.

26.3
Percentage of Canadians who can’t access mental health care services because of resource underfunding. The availability of mental health services for youth and children is even more limited.

10.8
The rate of suicides per 100,000 people in Canada; one the highest rates among G8 countries. Among those who attempt suicide, a very large percentage have a history of mental health problems. Suicide is the most tragic consequence of mental illness, however it is usually preventable if counselling and support are available.

6.6
Percentage of Canadian college and university students in 2013 that reported having intentionally cut, burned, bruised, or otherwise injured themselves over the past 12 months.

16.5
Percentage of informal caregivers reporting high levels of stress as a result of providing care to a close family member with a long-term health condition.

28.4
The percentage of people who reported to have experienced high stress at work.

15.4
The percentage of Canadians aged 25 and older who experienced discrimination or have been treated unfairly by others. Being the target of discrimination can be a cause of depression, anxiety, and other mental health problems.