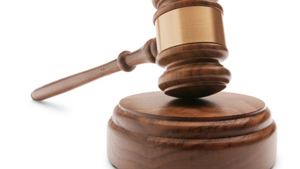 Brampton, ON – January 22, 2015 – An Ontario company has been fined $250,000, and two of its directors sentenced to 25 days in jail after pleading guilty to safety violations that led to the death of a warehouse worker.

On January 18, 2013, a worker at NewMex Canada, a furniture warehouse in a Brampton, fell to his death from a forklift platform that had no guard rails. The Ontario Ministry of Labour investigation also determined that the company did not provide workers at the warehouse with health and safety training or safety harnesses.

“NewMex and its directors showed complete disregard for the safety of workers at their warehouse,” says UFCW Canada National President Paul Meinema. “This was a completely preventable death that no amount of money can undo. Jail time on weekends is also a small price to pay compared to a lifetime of sorrow and hardship for the victim’s family.”

“The employer should also be facing criminal charges, just as Metron Construction did when its reckless negligence sent workers to their death from a faulty scaffold in 2009, said Brother Meinema. “The message to employers must be loud and clear that the safety of workers is paramount.”