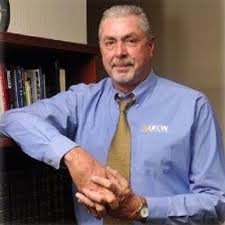 As a proud leader and member of the UFCW, Perrone has long fought to organize more members, bargain the best contracts possible, and hold irresponsible corporations accountable. His values as a labour leader have been defined by the belief that every worker has the right to a decent living, a reliable schedule, quality affordable health care, and respect on the job.

“The choice we face today is whether we will stand together and build an economy that lifts up all families, or watch as even more workers fall further behind and struggle to make ends meet,” Perrone said. “Cynics may believe that these divisions and inequities are irreversible. I do not. We, as a union, do not. I strongly believe that by uniting together we can give workers across North America the opportunities they deserve.”

Beginning today, Perrone will spend the coming weeks and months meeting with UFCW members throughout the United States and Canada. As part of this listening tour, Perrone will have one on one conversations, visit worksites, and utilize digital and social media platforms to engage with union members and hear their thoughts and ideas on how the UFCW can grow even stronger.

Hansen started as a meatcutter in Milwaukee, Wisconsin in 1962 and used his experience as a rank and file union activist to help lift up UFCW members and all workers. Hansen was elected International President in 2004 and helped steer the UFCW through a Great Recession, the flood of corporate money into politics, the single greatest legislative attack on labor in history, and the rise of income inequality.

“Even in the face of unprecedented challenges, Joe Hansen never lost sight of our members,” Perrone said. “His commitment and dedication to the hard-working men and women we represent will never be forgotten.”

“We look forward to working with International President Perrone, International Secretary-Treasurer O’Neill, and all the members of the International Executive Board, uniting together with Brother Perrone’s leadership in building fairness for workers across North America.”