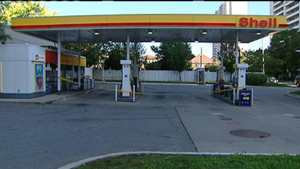 TORONTO – Canada’s largest private-sector union, and leading voice for retail workers, is demanding tougher fines for negligent employers after another Toronto-area gas attendant was killed trying to stop a “Gas and Dash” to allegedly protect his wages.

Jayesh Prajapati, a recent immigrant from India, died at his workplace, a Shell station in midtown Toronto, on September 18. He was struck and dragged by an SUV driver who had filled up with $112 worth of gas and fled without paying. Prajapati’s wife and brother-in-law have alleged that Prajapati was expected to pay out of his wages for motorists who drive off without paying for gas.

“On behalf of more than 250,000 workers across Canada, we offer our sincerest condolences to Jayesh’s family,” says Wayne Hanley, the national president of the United Food and Commercial Workers Union (UFCW Canada), who represents thousands of service industry workers, including a growing number of gas station attendants.

“The workplace death of Jayesh Prajapati is another tragic example of what can happen when the penalty for noncompliance is too feeble to deter reckless employers, and when workers aren’t sure about their rights,” says Hanley, drawing attention to the fact that it is illegal in Ontario for employers to charge employees for financial losses caused by many things including customer theft.

“Significantly increasing fine limits for workplace negligence would send a very strong message to rotten employers and cause them to think twice about putting their employees in jeopardy, but that is just one important part of the solution,” says Hanley.

“We know from our vast experience in the retail industry that new immigrants and young people are especially vulnerable to the harmful effects of workplace hazards, and that is because they generally possess a very limited awareness of their rights, including the right to say ‘no’ to unsafe work,” adds Hanley. “And even if they know their rights, we’ve found that new immigrants in non-unionized environments are especially reluctant to speak up and to reference those rights as workers. Having laws to protect is one thing, but making sure those laws are enforced is what really matters, and that needs to be the focus and challenge for people who are serious about fixing this problem.”

UFCW Canada also contends that a big part of the issue is the government’s inability to adequately police current legislation. At last count, the province’s Ministry of Labour has 140 full-time workplace inspectors – of whom only 30 are assigned to conduct proactive inspections, while the rest deal with complaints.

“The fact of the matter is that the government just doesn’t have the resources to properly enforce its own legislation. That is why signing a union card is the best way for people to ensure proper representation at work, and to make sure they have the ability to speak up for themselves and their coworkers without fear of losing their jobs,” says the UFCW Canada leader.

“Any serious call for creating better, safer workplaces must include the importance of collective bargaining and the essential role of organized labour.”

The United Food and Commercial Workers Union (UFCW Canada) is Canada's largest private-sector union. With more than a quarter of a million members from coast to coast, UFCW Canada is a leading force for social justice and the strongest voice for fairness in Canada’s retail industry.