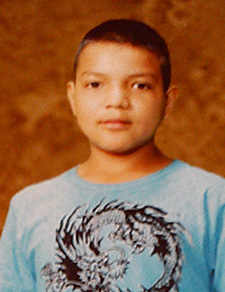 Toronto – October 30, 2014 – Alejandro Tafolla Andrade is 42-years-old, and has been coming to Canada for the past 16 years under the Seasonal Agricultural Workers Program (SAWP). Dividing his time between his family in Mexico and his work in Canada, he works at an agriculture operation in St. Remi, Quebec.

Alejandro is a leader and an inspiration to his family in Mexico and his co-workers in Quebec. In Quebec, Alejandro was an active participant in the campaign to organize a union at his workplace, along with the late Patricia Perez, a renowned organizer and activist with UFCW Canada. Alejandro is proud to work at an agriculture operation that has UFCW Canada union representation due to the courage and determination of the members.

Jose Aramando, 11-years-old, is the youngest of Alejandro’s three children, and a recipient of one of 20 UFCW Canada Migrant Workers Scholarships. In a letter penned to UFCW Canada, Jose Armando expresses his gratitude for the much needed contribution to his education.

Since 2010, Canada’s union for agriculture workers has received over 15,000 applications for its Migrant Workers Scholarships program and has now awarded scholarships to 65 children to benefit their educational pursuits in their home countries.