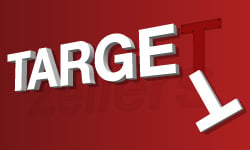 Toronto – September 4, 2014 – American retail giant Target continues to fail workers at its Canadian stores by not providing employees with enough hours for them to make ends meet. One of the most common complaints from Team Members is the fact that the company has been cutting work hours ever since stores first opened in Canada.

From the beginning, Target’s entry into Canada has been unprecedented in the level of ruthlessness in its treatment of workers. Starting in 2012, when the company purchased the leases of Zellers stores in Canada, Target failed to honour the jobs of more than 20,000 workers at 124 renovated locations. The fact that these workers were long-time employees of the existing stores that were simply reopening under the Target name, and that most of them were longstanding skilled and experienced retail workers, did not faze American executives from going down such a misguided and disastrous path. The company did cynically promise every Zellers worker a job interview. Yes, a job interview — to continue working in their own store. It was a slap in the face. How Target executives thought they could rebound from such awful decisions perplexes many Canadians to this day.

Then, as the first renovated Target stores began to open in the spring of 2013, the company made it clear that they planned to slash hours and jobs – sometimes by as much as half – only a mere matter of months after official store openings. Thousands of excited, qualified, newly trained staff were now watching their working hours being cut without rhyme or reason. While the Target public relations machine out of Minneapolis, Minnesota claimed the reductions in staffing levels were designed to meet the needs of consumers, the truth was it was being driven by sheer greed.

The plan backfired. Not only did shoppers become disillusioned with understaffed stores and empty shelves, shareholders lost their shirts – to the tune of nearly $1.6 billion to date.

To this day, however, Target appears to have learned nothing. Hours, scheduling and lack of job security remain at the top of the list for what Team Members want to see changed at Canadian stores, followed not far behind by low wages and lack of recognition for hard work and experience. Yet another American executive, Mark Schindele, has replaced Tony Fisher, who was unceremoniously fired, as president of Target’s Canadian operations. As such, no-one should hold their breath in any anticipation of Target turning around its shattered image with Canadians shoppers and retail workers.