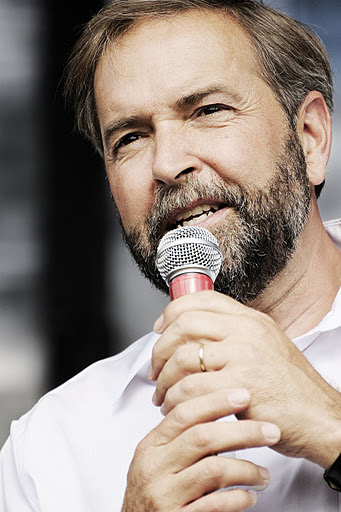 Canada’s largest private-sector union, the United Food and Commercial Workers (UFCW Canada), announced today that the UFCW Canada National Council has voted to endorse Thomas Mulcair for the leadership of the New Democratic Party of Canada.

“UFCW Canada members across the country are impressed by the strong field of candidates who are all fully committed to creating a better, fairer Canada, and we are all inspired by their sincere desire to create a government that works for working people,” says UFCW Canada National President Wayne Hanley.

“The UFCW Canada leadership recognizes union activists who are currently dedicating their time and energy to other dynamic NDP leadership candidates, but we are calling on all member-activists to speak with one voice by supporting Thomas as the best person to create the kind of Canada that working families want and need.”

UFCW Canada is a progressive and inclusive organization dedicated to workers’ rights and a better future for members, families and the community. UFCW Canada is Canada’s largest private-sector union with over 250,000 members from coast-to-coast working in your neighbourhood in the service sector, retail, hospitality, healthcare, financial services and manufacturing, and in every sector of the food industry from field to table.