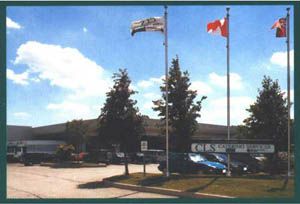 The new Local 175 members work for CLS Catering Services, near Toronto Pearson Airport, where they prepare onboard meals for some of the world’s most successful airlines.

The CLS victory came after three other unions attempted to organize the workplace with little success. But with the help of Canada’s largest private-sector union, the 200-plus CLS workers were finally able to make history in their workplace – in less than three weeks.

Local 175 organizing representatives Farman Ali and Amy Tran report that many of the CLS workers were unaware of their basic labour rights before contacting UFCW Canada, but today those same workers are empowered with the knowledge of activists and the collective strength of union members.

Prior to voting for the union, the CLS workers experienced favouritism on the job, and a great deal of frustration over not being able to gain full-time status, despite many years of loyal service. Throughout the organizing drive, the CLS workers remained very enthusiastic about exercising their right to bargain collectively, and some cried tears of joy upon hearing the successful result.

The new CLS members are looking forward to starting negotiations for a first contract in the New Year.

This is the last edition of Directions for 2011. Directions will return on January 3, 2012.