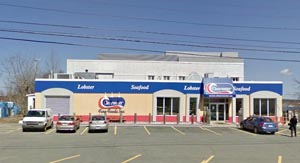 Based in Nova Scotia, the new Clearwater members work onboard a fishing vessel off the coast of Shelburne and perform various duties including the harvesting and processing of lobster.

The Clearwater organizing victory represents another successful campaign led by the UFCW Canada Eastern Provinces Council, which is fully dedicated to representing UFCW Canada members in the Atlantic region and raising the living standards of all working families in the Maritimes through organizing, collective bargaining and political action.

In addition to the newly organized Clearwater unit, the EPC also represents other members of the Clearwater Seafood Vessel Fleet, who work on wet-fish boats, FAS vessels and new technology vessels.