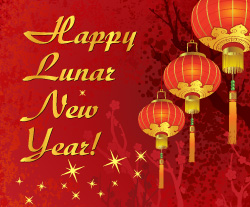 On Feb. 3 thousands of Canadians from coast to coast will celebrate Chinese New Year – the Year of the Rabbit – by spending time with friends and family in numerous fun-filled activities to mark year 4709 on the lunar calendar.

Chinese New Year starts with the new moon on the first day of the new year and ends on the full moon 15 days later. The 15th day of the new year is called the Lantern Festival, which is celebrated at night with lantern displays and children carrying lanterns in a parade.

Spring Festival, more commonly known as Chinese New Year, is a very important cultural event for a growing number of Canadians and their communities. According to the 2006 federal census, 1,168,485 Canadians (or nearly 4% of Canada’s total population) described themselves as having Chinese ancestry, and the family name Li (which originates from the southern coast of mainland China) is Canada’s most common surname.

Many UFCW Canada members will be helping to organize Chinese New Year events in their communities and all interested members are encouraged to check their local union and municipal websites to find more information on how they can join the festivities.