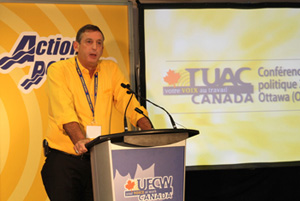 UFCW Canada activists from across the country recently gathered in Ottawa to participate in the union’s first ever National Political Action Conference. The three day conference was held during the first week of November and involved members, officers and staff from UFCW Canada local unions and the National Office focused on the organization’s tremendous potential – as Canada’s largest private-sector union – to impact the results of upcoming federal, provincial and municipal elections.

“This is an exciting time for UFCW Canada activists, because as the driving force of Canada’s largest private-sector union they are faced with a real opportunity to make a real difference in the political course of their country,” says UFCW Canada National President Wayne Hanley, who opened the conference. “As union members we can’t ignore politics because politics doesn’t ignore us, and when we get engaged and combine our efforts we create a force that politicians can’t ignore.” 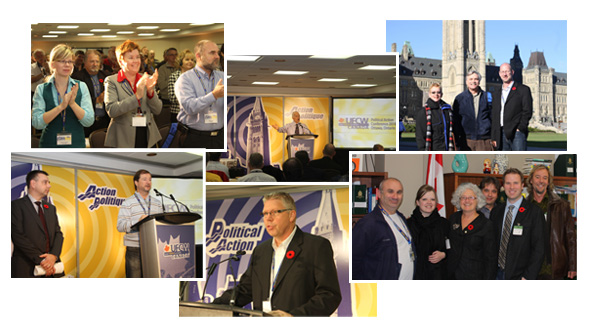